From October 21 through December 3, 1962, the Woman's College Theatre participated in a series of college student productions that toured overseas Army, Navy, and Air Force installations and provided free entertainment for servicemen and their families. WC was one of 29 American colleges and universities participating in the tour, which was sponsored by the USO (United Service Organizations) along with AETA (American Educational Theater Association). 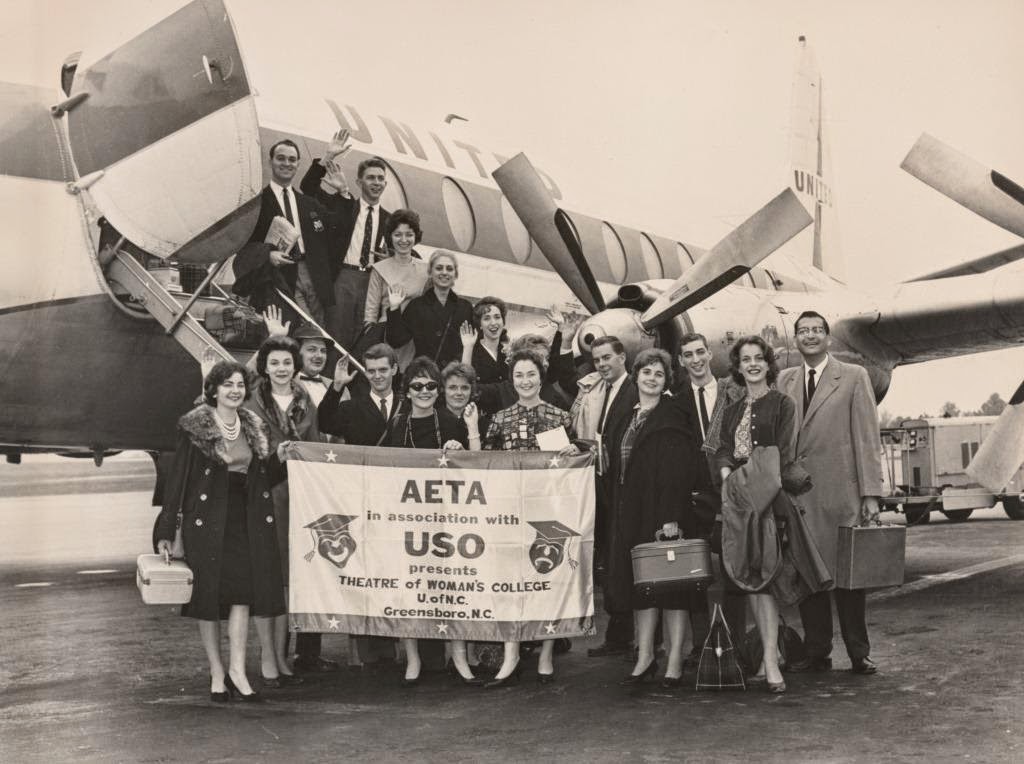 The WC Theatre chose the musical "The Pajama Game" as its performance for touring. Based on the novel 7 1/2 Cents by Richard Bissell, "The Pajama Game" tells the tales of individuals working in a pajama factory. The WC company was assigned a six-week route throughout the Northeast Command area, which included Greenland, Labrador, Newfoundland, and Iceland. The route, which covered nearly 12,000 miles, included a performance at Thule, Greenland, approximately 500 miles away from the North Pole.

Competition to join the touring group was fierce, and students were required to not only perform but also serve as production technicians. Selection was limited to juniors and seniors due to "the sophisticated nature of the clubs which the Company would frequent during the tour." Only drama majors, members of the student drama organization The Masqueraders, or former performers in WC productions were allowed to audition. Additionally "because of the arctic climate, students free of allergies and of proven physical stamina were chosen." Eleven WC students were selected to be part of the touring company. Five students from UNC Chapel Hill and one from Greensboro College also joined the company to take on the male roles. 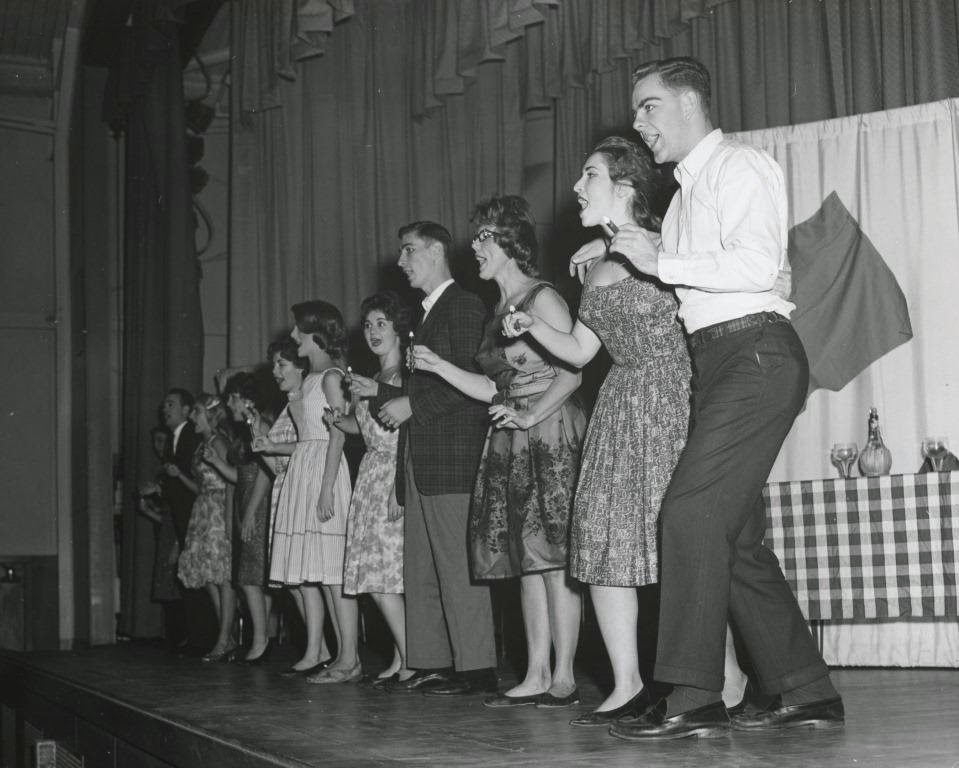 The lead female role of Babe in "The Pajama Game" was played by WC senior Shirley Bosta of Hampton, Virginia. The performance notes describe her as "a fiery red head with an even temperament," and adds that "she is the only Woman's College student ever to have two leading roles in musical comedies." 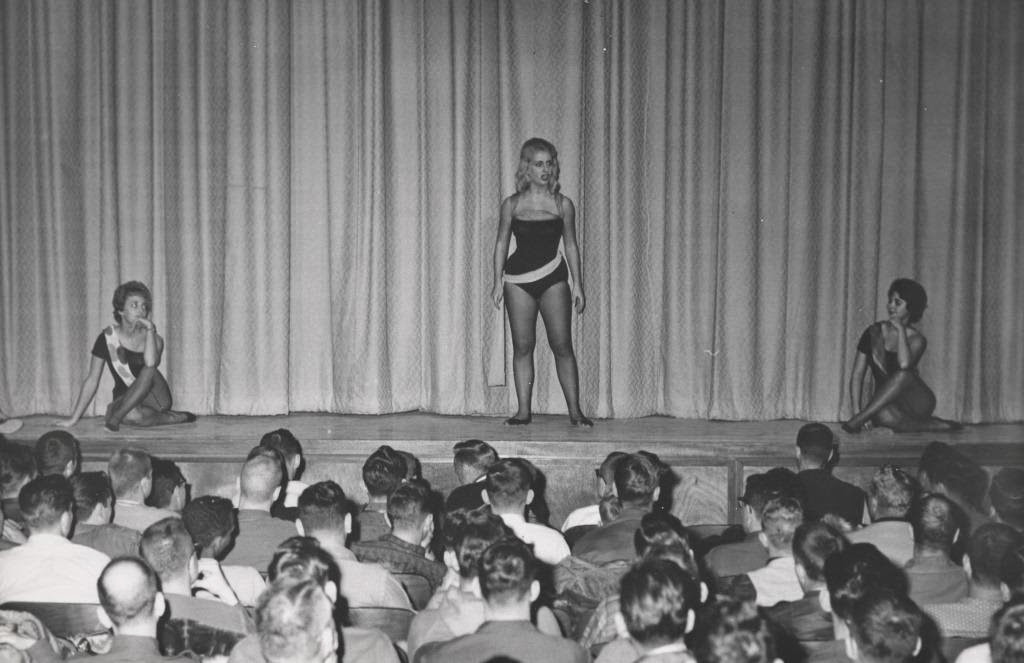 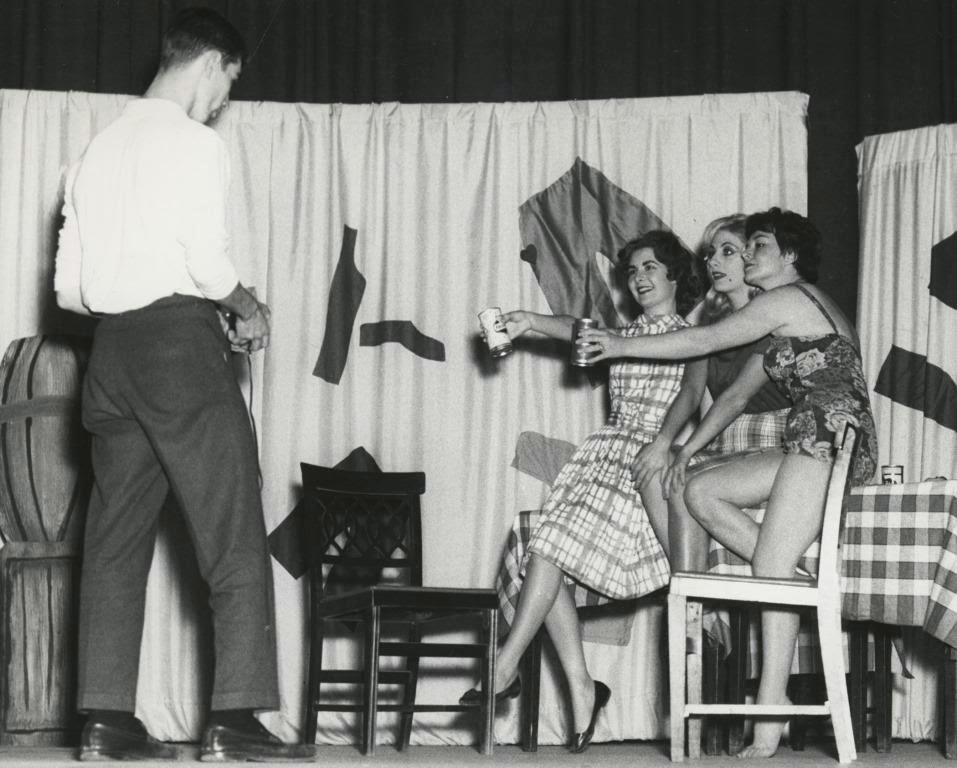 Student selected to join the company were required to enroll in a special nine-hour drama course entitled "Woman's College Theatre North Atlantic Tour." In addition to this nine-hour course, various departments having student majors participating in the tour arranged for the students to take an additional three hours during the early part of the semester, before the touring began. For example, Drama and Speech Department majors took a course in playwrighting. English majors did special honors work. Additionally, a special seminar room in the College Library was reserved for students to read books on "the arts and crafts, people, history, and geography" of the areas they would be visiting.

Of the 31 performances in the tour, 11 were to full houses with most of those including standees. Attendance at the others was near capacity. In his final report on the tour, Herman Middleton, head of WC's Department of Drama and Speech and director of the touring production, noted that the bulk of the audiences consisted of young enlisted men between the ages of 18 and 25. The audience was enthusiastic with "many flash photographs and movies made during performances."

This successful overseas tour of "The Pajama Game" was actually the second time WC was asked to perform as part of the USO-AETA tour. In the summer of 1959, WC Theatre was the first college theater in the south to be selected for tour. They traveled to Japan, the Philippines, South Korea, and Hawaii to perform Clare Boothe's comedy "The Women." In 1966, after WC transitioned to UNCG, a group once again participated with a touring production of "L'il Abner."
Posted by Erin Lawrimore

Email ThisBlogThis!Share to TwitterShare to FacebookShare to Pinterest
Labels: theater