The staff of the Martha Blakeney Hodges Special Collections and University Archives wishes everyone a happy holiday season! We're taking a break this week, but please join us on Monday, January 4th for a new Spartan Story.

Posted by Erin Lawrimore No comments:

The staff of the Martha Blakeney Hodges Special Collections and University Archives wishes everyone a happy holiday season! We're taking a break this week and next, but please join us on Monday, January 4th for a new Spartan Story.


Posted by Erin Lawrimore No comments:

Emmylou Harris: From UNCG to the Grand Ole Opry

In April of 1976, country music star, Emmylou Harris, returned to Greensboro for a concert at the Piedmont Sports Arena. In celebration of this homecoming and her April 2nd birthday, the Greensboro Chamber of Commerce and local promoter, Bill Kennedy, declared it “Emmylou Harris Day” and held a “welcome back” party, inviting friends and professors who had known her when she was in college.  It had been only a little over a decade since Harris left The University of North Carolina at Greensboro to pursue her dreams, and on that April day in 1976, she was quickly on way to realizing them.﻿﻿
Born in Alabama and raised in North Carolina and Virginia, Harris entered UNCG in the fall of 1965 on a drama scholarship. While on campus, she appeared in plays, such as Shakespeare’s The Tempest and a children’s theatre production of The Dancing Donkey, before deciding that she would rather pursue a musical career.
﻿﻿﻿﻿﻿﻿
It was during her time at UNCG, that Harris became part of a folk music duo called “The Emerald City” with University of North Carolina at Chapel Hill graduate, Mike Williams. Singing primarily folk songs by artists such as Bob Dylan and the Everly Brothers, they booked local venues as well as clubs as far afield as Virginia Beach and Washington D.C.


Harris also sang at the Red Door, a bar on Tate Street that had a “coffee house” atmosphere. She later admitted to actively trying to imitate the sounds of Joan Baez and Judy Collins, popular folk singers of the time. In a 1992 interview, Harris recalls that the Red Door paid $10 a night and all the beer that you could drink – a poor deal considering that Harris did not drink beer. Those who saw her perform remember her as tall, pretty, and talented.


﻿﻿﻿﻿﻿﻿
Realizing that her true love was not drama but music, she dropped out of college and headed for Virginia Beach, singing and waiting tables. After brief stints in New York and Nashville, Harris landed in the Washington D.C. music scene where she would catch her big break. While playing at a Georgetown nightclub, she met Gram Parsons, a young singer and songwriter with The Byrds and The Flying Burrito Brothers, who was about to break out with his first solo album. Parsons’ blend of country and rock was a good fit for Harris and they recorded two albums and toured together before his death of an accidental drug overdose at the age of twenty-six. Harris considers Parsons her mentor and credits him for shaping her into the artist that she is today. Her style evolved as a successful combination of country, folk, and bluegrass, which has made Harris an extremely innovative and influential artist. She would continue to collaborate with other musicians, such as her friends Linda Ronstadt and Dolly Parton, and record her own albums as well, eventually winning a total of thirteen Grammys and inductions into the Grand Ole Opry and the Country Music Hall of Fame. In addition to making beautiful music, Harris has raised two daughters and become an advocate for causes such as animal rights and global landmine awareness.
Posted by Kathelene McCarty Smith No comments:

C. Thomas Martin has been a part of UNCG for most of his life. Originally from Burlington, North Carolina, Martin's family moved to Greensboro and lived near campus in houses on Tate and Spring Garden streets. He attended the university-owned Curry School from grades 4-12. While he was at Curry School, he played on the Men's Basketball team and set records for most rebounds (25) and points (50) in a game.

After graduating from Curry, Martin attended Gardner-Webb junior college before returning to Greensboro to enroll at UNCG. It wasn't long before he recognized some fellow rival basketball players from his Curry School days. They encouraged him to join the newly-formed Men's Basketball team at UNCG. Martin later said he didn't even know they had a men's team at that time. This was understandable since UNCG had only started accepting male students in the fall of 1964. It was the introduction of men's athletics that also necessitated the need for a mascot for the school's intercollegiate athletic teams. Martin joined the nascent team with eleven other students under coach Jim Swiggett and became the UNCG Spartans.

Although the team's early seasons produced few wins, the team was largely competitive and Martin was a large reason for that. Martin, who was one of the team's tri-captains, averaged 15 points a game and still holds the record for rebounds in a single game.

When he wasn't playing basketball, Martin worked hard on his degree in Political Science and also met his future wife, and fellow UNCG student, Mary Hoyng (Class of 1971).

After graduation, Martin put his UNCG degree to work in a career that spanned 33 years of service in the Planning Department of the City of Greensboro. Beginning work as a Planning Technician and rising through the ranks to become Director of Planning, Martin retired in December of 2003. 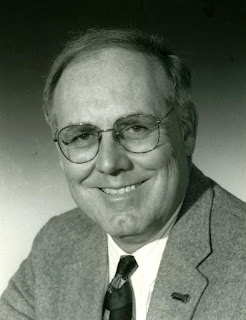 Even while busy with an important job with the City of Greensboro, Martin still made time for UNCG. He has volunteered and served in many capacities for UNCG including, but not limited to: Chairman of the Spartan Club (1992-1996), Tournament Director of 1997 and 1998 NCAA's Women's Soccer Championships (held at UNCG), Excellence Foundation member, UNCG Hall of Fame Committee Chairman, and University Planning Council member.

In 2002, Martin made history again when he was elected president of the UNCG Alumni Association, the first male to hold that post. That same year, Martin was inducted into the UNCG Athletics Hall of Fame.

Martin and his wife, Mary, continued to show support for current UNCG athletes by establishing the C. Thomas Martin Athletic Scholarship, an endowment fund that is awarded to women in the basketball program who have demonstrated a high level of competition and academic performance.

Martin has also been recognized as one of UNCG Athletic's biggest fans with the Super Spartan Award and more recently, was a recipient of the Alumni Association's UNCG/WC Legacy Award (2014) for alumni who have made significant contributions that exemplify value, character, and high integrity.

An original Spartan, Martin continues to support current Spartans to this day.


Posted by Scott Hinshaw No comments: