Mereb Mossman: An Administrator and Leader

Today's blog post was written by Ashlie Brewer. Ashlie is a rising junior, majoring in music education. She currently works as one of the 125th Anniversary Student Researchers, helping conduct archival research in anticipation of the university's upcoming celebration. 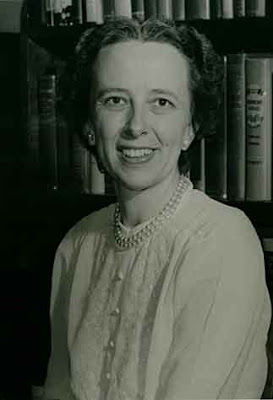 Mereb Mossman was born in Winfield, Kansas on December 1, 1905. She attended Morningside College where she received her Bachelor of Arts degree in 1926, then her Master of Arts from the University of Chicago two years later in 1928. Mossman taught sociology at Ginling College in China from 1930-35, then came back to the States for a year of graduate study. She went back overseas to teach and travel in Asia and Europe. In 1936, Mossman taught at the Alabama Women’s College and then joined the Woman’s College (now UNCG) faculty in 1937 as a professor of Sociology. Mossman was quickly recognized as a critical member of the WC faculty. Her peers frequently described her as a hard-working, model administrator.

Mossman was an active member of the WC campus community, the Greensboro community, and her professional community. During her first couple of years on campus, she was asked to lecture on China to civic organizations as an aftermath of the Japanese invasion of the country. From 1946 to 1948, Mossman served as president of the Greensboro Council of Social Agencies, and in 1947 to 1951, she was a member of the National Committee on Preprofessional Education of the American Association of Schools of Social Work. In 1951 she was named WC’s Dean of Instruction. She was promoted to Dean of the College, then Dean of Faculty soon after that, then was named Greensboro’s Woman of the Year given an honorary membership to the Greensboro Junior League in 1954. Two years later, in 1956, she received the Max Oliver Gardener Award. Then in 1960, she was awarded an honorary degree of Humanities at Queen’s College and Morningside College. In 1963, Mossman was elected executive council of the Commission on Colleges of the Southern Association of College and Schools. Finally, in 1969 she was promoted to Vice Chancellor for Academic Affairs. Making her the first woman to ever hold this position at the university. However, she only held the title briefly before stepping down in 1971 to resume teaching full time. As an administrator, Mossman was a woman who always got the job done. However, she worked a small team consisting of herself, an assistant and a secretary. Unwilling to delegate, there were many times that the team had to stay long hours and weekends in order to get necessary paperwork completed. She was able to master virtually every detail of the college’s operations which kept her as a pivotal member at the university. Mossman always looked to the future for the university -- from bringing in more professors, being a familiar face as chancellors rotated in and out, and bringing more education to UNCG (she was a driving force in creating masters and doctoral programs in several departments). Mossman looked at adding as many learning opportunities to the university as possible.

During her years 20+ years at WC/UNCG, Mossman held several positions but valued her time as a teacher more than any other of her titles. She viewed higher education as not only a place to develop curious minds of students and to place them into the working force, but as two continuing education programs. The first being the workshops and seminars that are being held across the country for professionals, and the second being the continuing programs for people interested in their own personal development as a human being. She pushed this idea onto her students. One of Mossman’s student’s recounted, "She held us to the highest standards and never, never relaxed that. She was one of the finest, a fascinating professor who got to you. Years after you left her class you didn’t want to let her down. She is one of the life’s very special people." 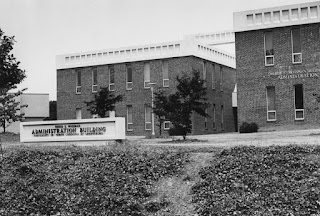 Mossman retired in 1976 with a resume listing over 10 pages of educational groups and community service work. A year after her retirement, the campus administration building was named in her honor. Mereb Mossman died in 1990 at the age of 84.
Posted by Erin Lawrimore