The Tradition of the Daisy Chain: A Link to the Past

The tradition of the Daisy Chain is not unique to the State Normal and Industrial School (now UNCG), although it was one of the campus’ earliest customs. Other American women’s colleges, such as Vassar, had decorated their halls with daisy chains for their graduation festivities, and State Normal followed suit. The college created its first Daisy Chain in 1900, when the students fashioned two fifty foot long ropes of daisies procured from fields located outside of town. Several early years saw the shortage of daisies and students were obliged to replace the flowers with ivy and other greenery. Soon the college began to contract local farmers to grow daisies for the purpose of making the chains.


In addition to being a festive accessory to the graduation ceremonies, the Daisy Chain represented a sister class project between the sophomores and the seniors. The sophomore class was responsible for gathering the flowers and crafting the Chain, which was used for the Class Day exercises and again the next morning during the graduation ceremony. The seniors were honored by walking between the floral ropes. The Daisy Chain ceased during the late 1960s after the university became co-educational, along with other traditions such as sister classes, class jackets, the Junior Show, and Rat Day.

For much of her time at the Woman’s College of the University of North Carolina, Dudley, NC native Dorothy "Dot" Casey spent her time involved in athletics, both in the classroom and in club sports (she was involved in more than a dozen club sports in her Junior and Senior years). Casey graduated in 1948 with a Bachelor of Science degree in Physical Education.

Her love of athletics and physical education led her next to UNC Chapel Hill where she worked as a graduate assistant while completing her Master’s degree. Even before she received that degree in 1951, she joined the faculty of the Physical Education Department at Wake Forest University.

When Casey arrived at Wake Forest in 1949, women’s athletics were strictly intramural only. Part of her job was to encourage the female students to play sports. In the late 60s, Casey organized and coached a tennis team. In 1970, fellow Physical Education faculty member Marge Crisp asked WFU President James R. Scales for a budget for women’s athletics. He gave her $500. During this pre-Title IX era, female students and coaches often had to provide everything for themselves or make do with what little they had. Female student athletes were responsible for their own transportation, food, and often, uniforms and equipment. Important organizations for female athletes like the Association for Intercollegiate Athletics for Women (AIAW) in which Casey served, helped to bring women’s sports up to par with their male counterparts.

While Title IX, passed in 1972, required equal opportunities for both sexes at all institutions receiving any federal funds, it took many years to implement fully. Still, at institutions like Wake Forest University where Casey became Director of Women’s Athletics in 1974, the passage of the law meant that women’s athletics would be rapidly expanding. The change from intramural sports to intercollegiate competition had arrived. Casey was a large part of that transition as she headed the women’s athletics program at WFU for 14 years, ending with her retirement in 1988.

Casey served in various capacities as teacher, coach, and Director of Women’s Athletics over her distinguished career of 39 years at Wake Forest University.  Casey won an Honor Award from the North Carolina Association for Health, Physical Education, Recreation, and Dance in 1984. In 1993, she was one of the first two women inducted into the Wake Forest University Sports Hall of Fame. Dorothy “Dot” Casey passed away July 16, 2013, having devoted a majority of her 87 years of life to the cause of Women’s Athletics.
Posted by Scott Hinshaw No comments:

When the State Normal and Industrial School (now The University of North Carolina at Greensboro) opened in 1892, the young female students’ lives were very restricted. They were not allowed to travel off campus without special permission and they had limited access to visitors. It was therefore particularly important for the school administrators to provide interesting and informative lectures and entertaining performances for the students to enjoy. A variety of entertainments were scheduled, including a Shakespearean actor, a visiting professor who spoke about foreign travels and the Chicago’s World Fair, and a five year old prodigy who sang and told amusing stories. These types of performances proved so popular that in 1895, State Normal joined with the Greensboro Female Academy (now Greensboro College) and the Young Men’s Christian Association (YMCA) to offer a Combination Entertainment Course. For one dollar, attendees could see eight lectures and recitals. These programs continued for decades, with gradually increasing fees – a portion of the receivables going to the guests. Special excursions were planned when someone exceptional was performing in Greensboro. Most notable was the internationally famous actress Sarah Bernhardt, who appeared at the Municipal Theater in 1917.


As the years passed, actors, musicians, and lecturers continued to perform on campus. Before Aycock Auditorium was built in 1927, the more popular performances took place in local churches, which provided more space than the college’s lecture halls. An amazing variety of lecturers appeared at the college, during this time, including the famous evangelist Billy Sunday who spoke on education; the first female state Supreme Court Judge, Florence E. Allen; the esteemed attorney Clarence Darrow who discussed crime prevention; and the respected botanist and inventor George Washington Carver. Prominent authors were also represented. Alfred Noyes, Hugh Walpole, and Carl Sandburg were just a few who impressed the students with recitations of their works.  Symphonies, operas, and dance troops also visited the campus, inspiring students to follow their lead. The tradition of bringing talented performers and interesting speakers to the campus continues today.
Posted by Kathelene McCarty Smith No comments:

Six Hundred and Two. That’s the number of wins UNCG Women’s Basketball Head Coach Lynne Agee accumulated over her 33 years as a collegiate head coach. As of April 2015, she ranked 54th in all-time wins across all women's basketball coaches (NCAA, AIAW, and NAIA levels).

In 1978, Agee began her collegiate career at Roanoke College, accepting the head coaching position for the women’s basketball program. In three years at Roanoke, the team achieved a 46-23 record that included an outstanding effort in the 1980-81 season. The Lady Maroons went 21-6, won the Virginia Association of Intercollegiate Athletics for Women (AIAW) Division III state title and qualified for the AIAW national playoffs. 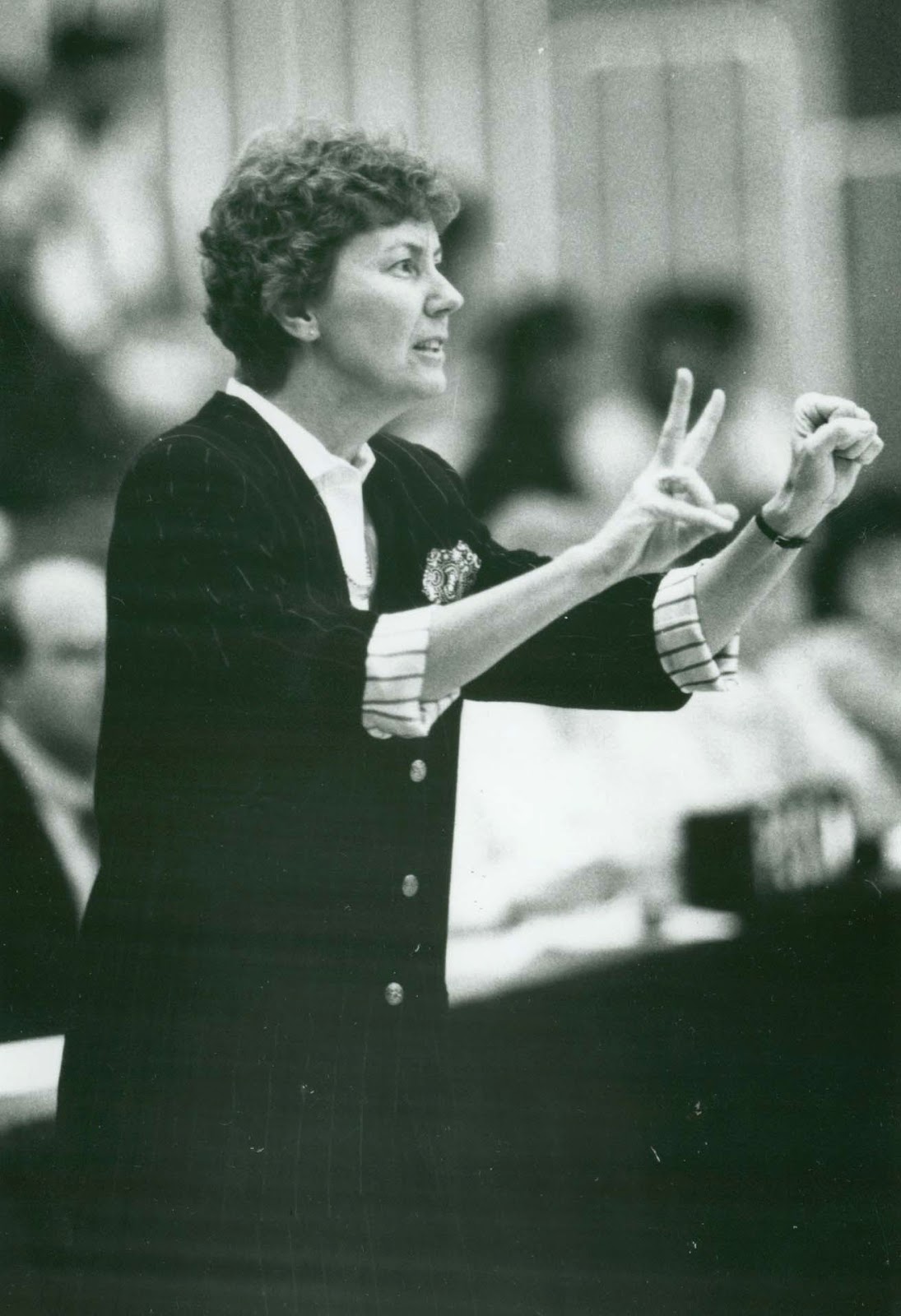 In 1981, Agee arrived at UNCG and had an amazing first season. The team finished with a 25-3 record and a trip to the inaugural NCAA Division III tournament, finishing as runners-up to Elizabethtown in a close 67-66 overtime loss.

The 1986-87 season brought a 27-3 record, which included a historic 24 game winning streak. A 27-6 record in the following season ended with UNCG finishing third in the national tournament.

UNCG next moved up to Division II for three years. Under Agee’s leadership, UNCG achieved a 55-24 record and was ranked nationally each year.

Agee found success at every level. In her first year at Division I (1991-92), UNCG’s record was 21-6. She was named Big South Conference Co-Coach of the Year for the 1992-93 season. Under Agee’s coaching, the Spartans were dominant in the Big South Conference for 5 years, boasting an impressive 70-12 conference record. 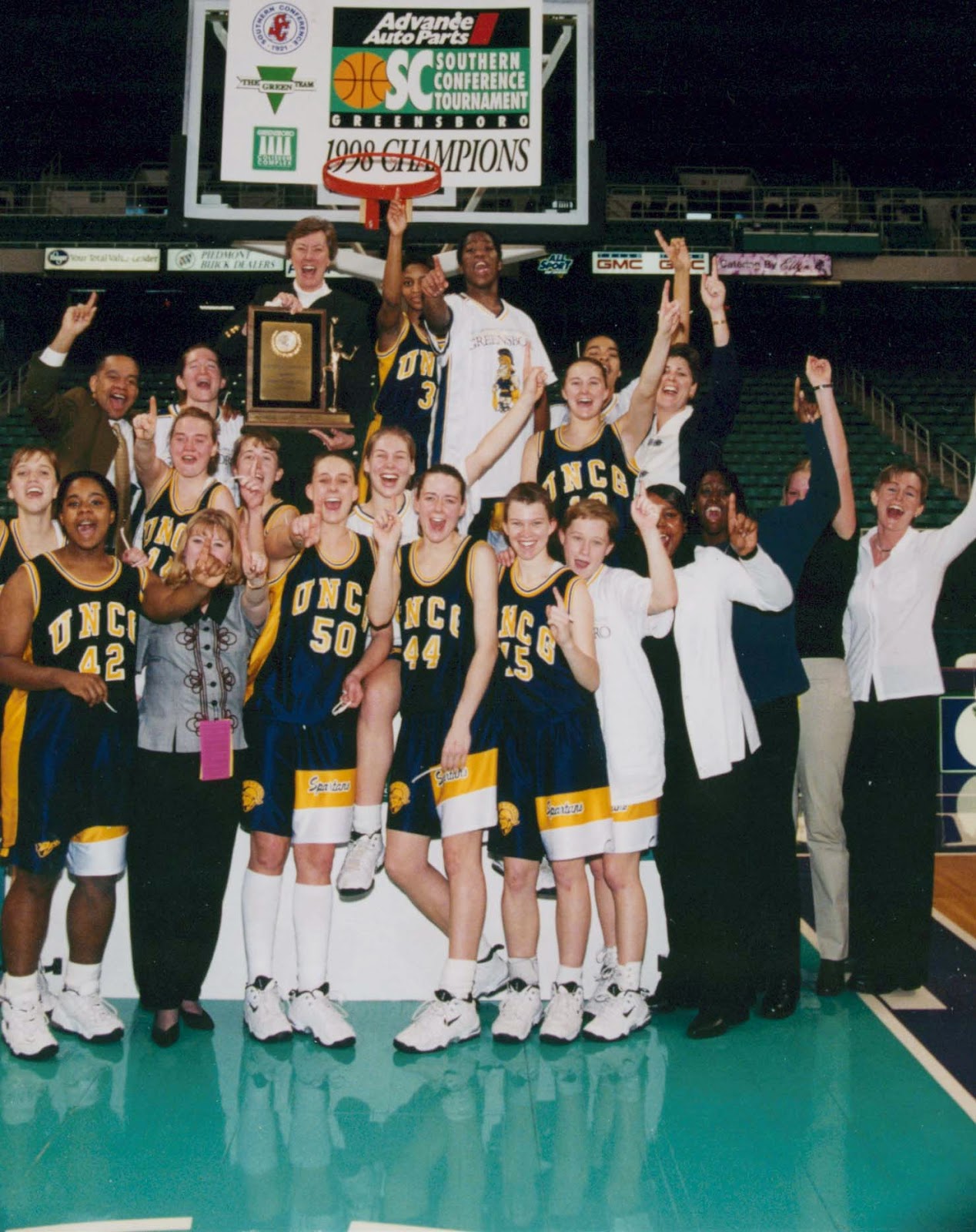 In 1997-98, UNCG earned its first appearance in the NCAA Division I tournament after achieving a 21-9 record and winning the Southern Conference tournament championship.

Agee’s accomplishments are many. She was the first women’s basketball coach to lead a team to the NCAA tournament in all three divisions. She led UNCG to nine NCAA berths and one WNIT appearance. UNCG won 13 regular season conference titles, seven league tournament titles, and won 20 games or more in 16 of Agee’s 30 seasons. She won Southern Conference Coach of the year two times, in 1998-99 and 2001-02. She coached six All-Americans while at UNCG. She was the first active coach to be enshrined in UNCG’s Athletics Hall of Fame (2004) and was inducted into the Guilford County Sports Hall of Fame in 2008.
Agee retired in 2011. Her 602 collegiate wins made her, at that time, just the 21st NCAA Division I coach to reach the 600-win plateau. UNCG also named the court in Fleming Gymnasium in Agee's honor in 2011.
In announcing her retirement, Agee stated, "I never intended to stay 30 years. I honestly thought that I would try to move on up the ladder and applied at several places and interviewed at several places. But then we hit the point where the university decided to elevate our program. When it started, I was presented with incredible opportunities and challenges as a basketball coach to take my program from Division III immediately into Division II and that scholarship structure, and then within three years, we took our program into a Division I level. So that challenge to do that and to try and be successful in that scenario in a five-year period was just a challenge I couldn't refuse. I decided to stay and commit to it because I could create my own personal Division I program, with my name on it. I was not going somewhere else and taking over someone else's program. That was really special to me. To be able to do that successfully was just incredible."
Posted by Scott Hinshaw No comments: