The Lost Architecture of UNCG, part 2

In last week's Spartan Story, we looked at three of the original campus buildings that no longer exist -- Brick Dormitory, Wooden Dormitory, and the McIver House. This week, we will focus on other buildings that were constructed during the earlier years of the institution that are no longer around. 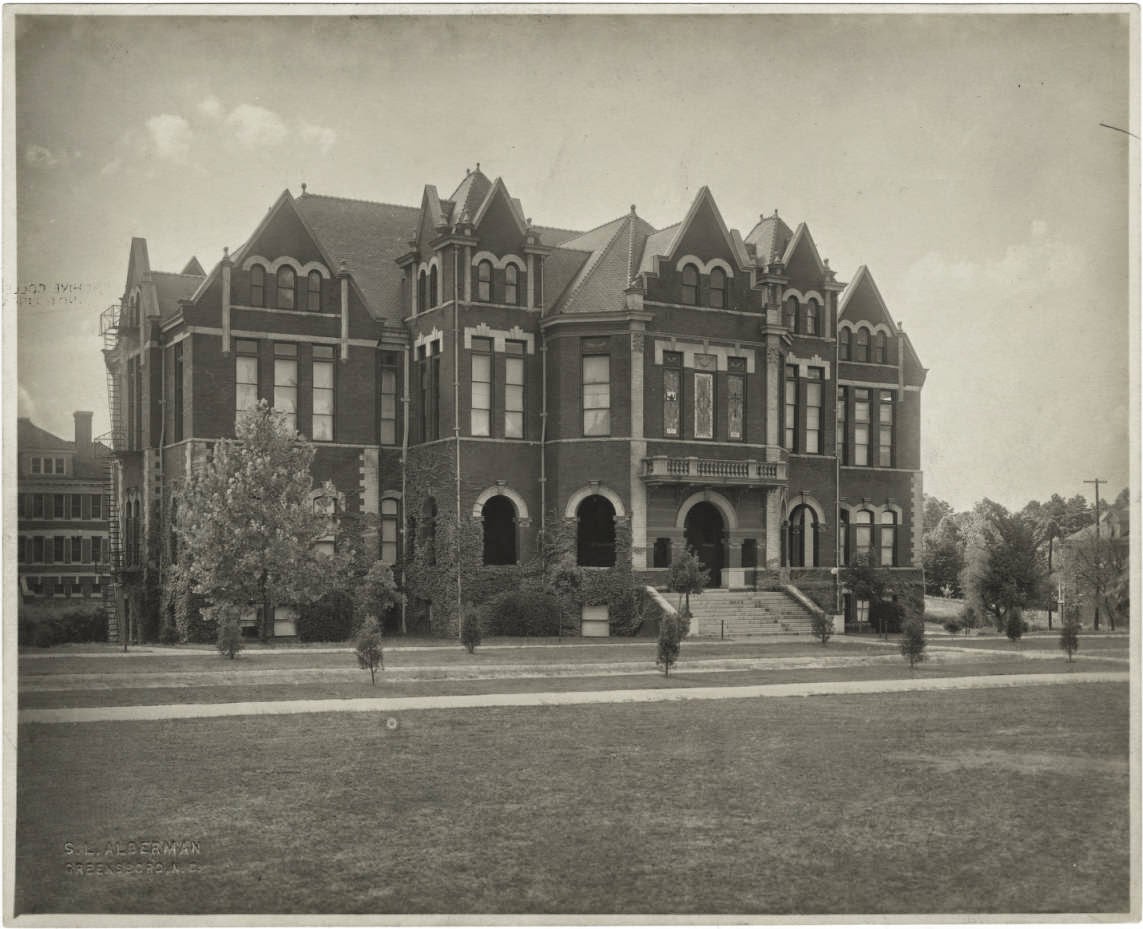 The cornerstone of the Students’ Building was laid in 1902. Contributions from students, faculty, and visiting speakers allowed the completion of the three story structure in 1906. It housed the Domestic Science and Manual Training departments, the post office and book store, society halls, a banquet hall, and a 700 seat auditorium.

In 1932, in a general reorganization of the campus the post office moved from the Administration Building to the Students’ Building.

The building was razed in 1950, but the cornerstone remains visible on College Avenue, in front of the current Elliott Student Center. 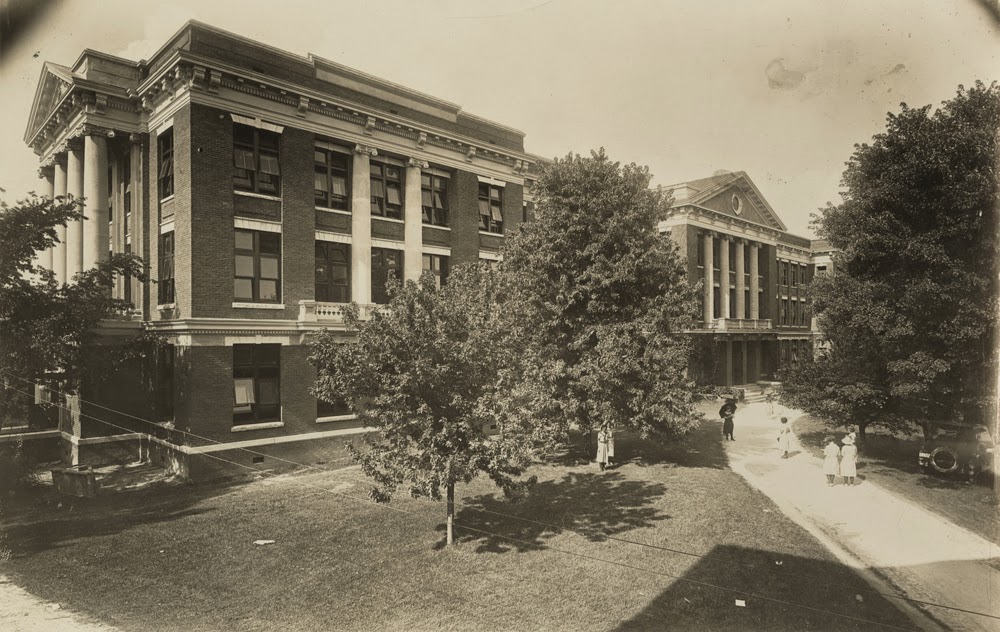 Not to be confused with the current McIver Building, which was built in 1960, the McIver Memorial Building was opened in 1908. Opened two years after his death, the building was named in honor of Charles Duncan McIver, founder and first president of the University. An east wing was added in 1920 and a west wing in 1922. Primarily, it served as a classroom space.

The McIver Memorial Building was declared unsafe in 1956 and razed in 1958. 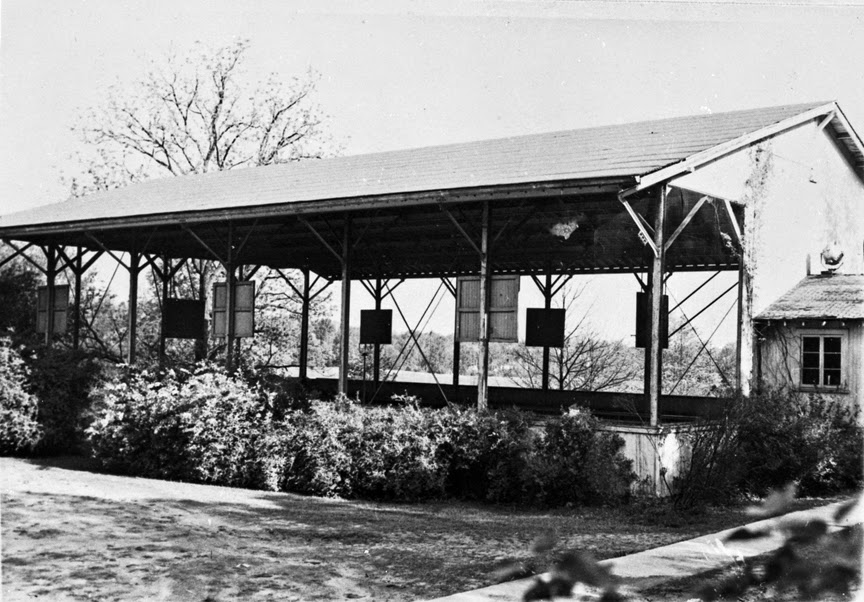 The Outdoor Gymnasium, designed by Harry Barton of Greensboro, was opened in 1922. The open-construction building was located behind Rosenthal Gymnasium. It was approximately 91 feet long, 51 feet wide, and 20 feet to the top of the eaves.

In preparation for inclement weather, the Gymnasium was equipped with canvas “drops” which could completely enclose the building. In addition to physical education classes, the Outdoor Gymnasium became a popular spot for basketball, roller-skating, and rainy day activities. Located west of Shaw Residence Hall (near the site of the current tennis courts), the outdoor gymnasium was completed three years before the construction of the Rosenthal Gymnasium.

The outdoor space was used during bad weather and for overflow physical education activities until 1964 when it was torn down. 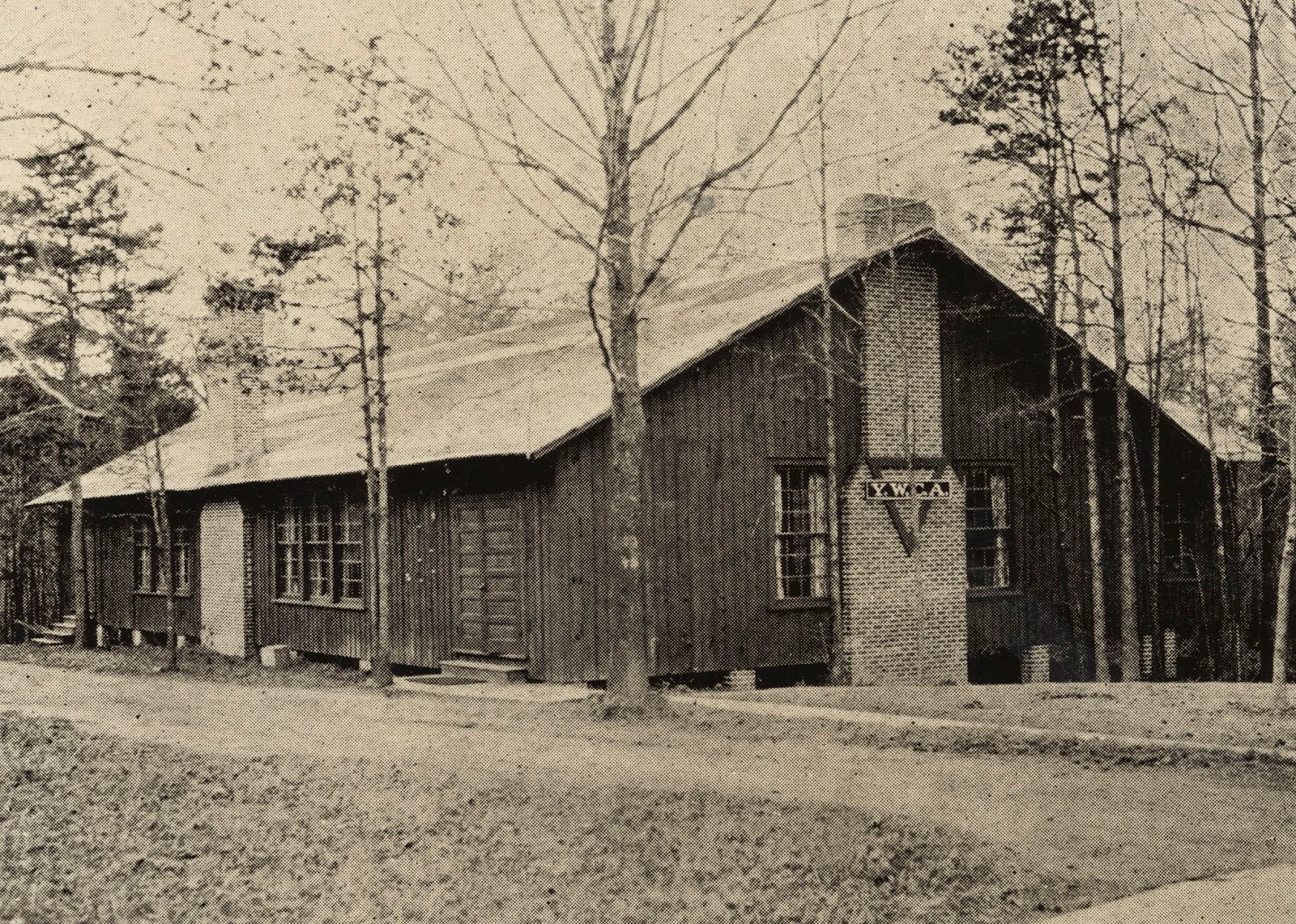 The YWCA Hut was built in 1918 at the end of College Avenue by the entrance to Peabody Park. A small group of students, known as the Carpenterettes, helped build the Hut because of the manpower shortage created by World War I.

The Hut was built in a bungalow style with a large central hall and open fireplaces. It was used for a variety of social functions. The YWCA secretary counseled students in her office in the Hut. The building was razed in the 1940s when North Drive was built. 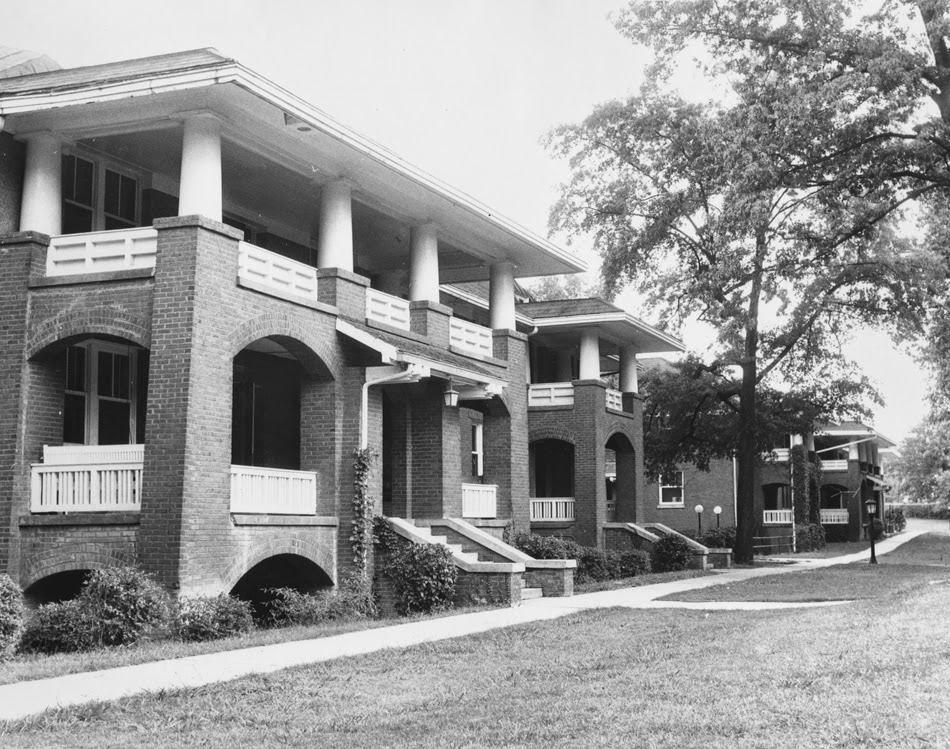 Both Woman's Dormitory and Kirkland Dormitory were craftsman style buildings designed by Hook and Rogers of Charlotte. Woman's Dormitory opened in 1912. Named in honor of the “Noble Women of the Confederacy,” it subsequently became known as “Senior Hall.”

Kirkland Dormitory, which opened two years later in 1914,  was named in honor of Sue May Kirkland, Lady Principal of the College from 1892 to 1914.

Both Woman's Dormitory and Kirkland Dormitory were razed in 1964. Currently, the Moran Commons and Plaza stands at the site that once housed the two buildings. 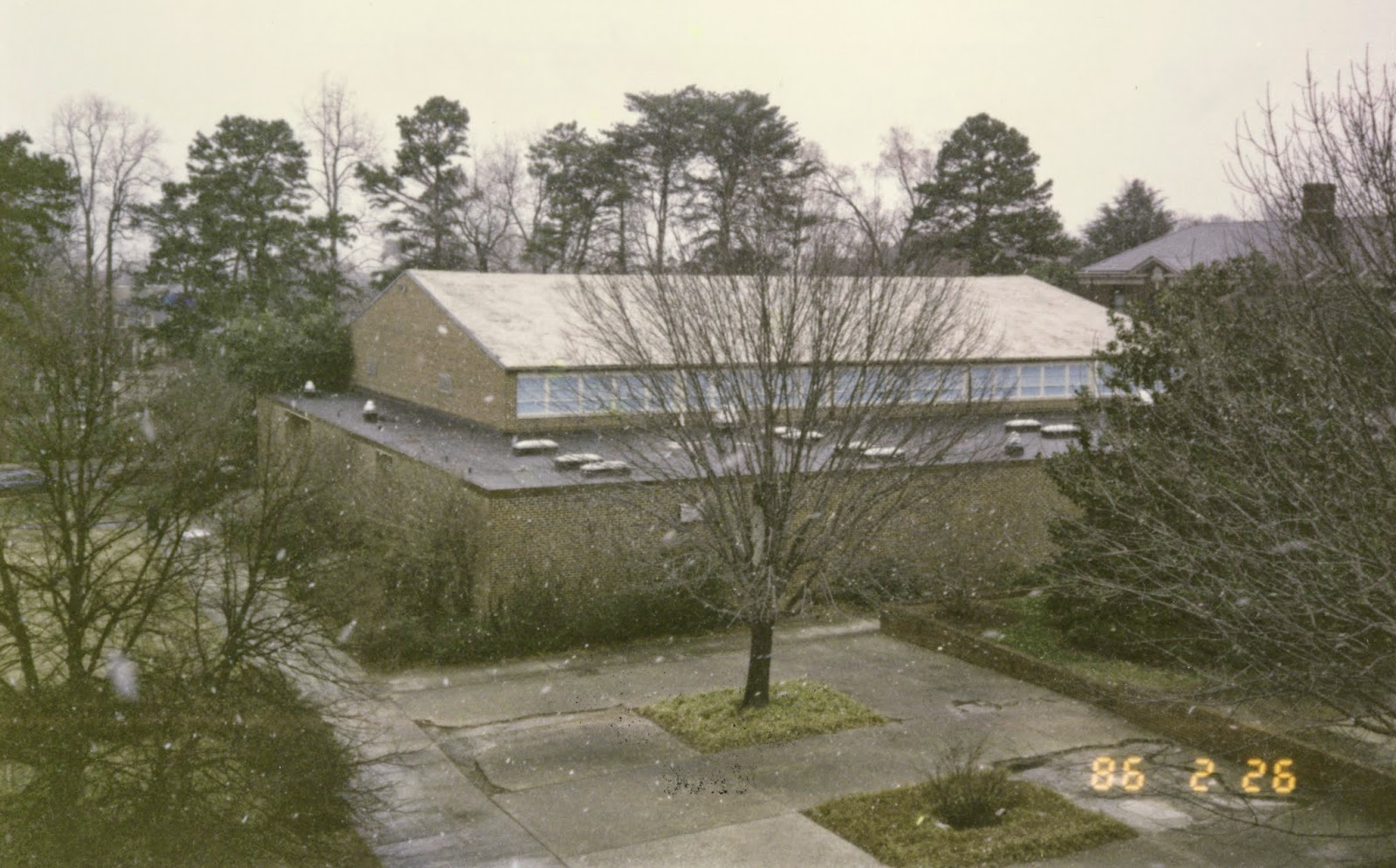 Park Gymnasium was razed in 2004. This location is now the site of the Moore Humanities & Research Administration Building.
Posted by Erin Lawrimore