Banners and pennants have been a part of college life since the early twentieth century, but they have a long and remarkable history. The word “banner” originates with the Latin word “bandum,” meaning a cloth used to make flags.  Throughout history, banners accompanied official proclamations or edicts. They were decorated with heraldry and were commonly used in battle as rallying points and as a way to identify units of soldiers. Early square or rectangular banners led formal processions and could also be seen as decorative additions to churches or castles.

On the UNCG campus, banners were created by each class, displaying the graduating year or the class motto. The early mottos were in Latin. Each banner reflected the class color, alternating between red, green, blue, and lavender. Often, the banners had embellishments such as gold roping, tassels, and trim.  During reunion weekends, class banners were used as gathering points and for the alumnae parades.

Pennants had a nautical beginning. They began as long, tapering, triangular flags, used on ships for identification or to signal other vessels. The triangular pennant shape was used in recent years to recognize sports teams, especially professional baseball teams. The pennants’ association with college sports made it a common sight in college dormitory rooms and soon college’s themselves were represented, usually incorporating school colors. 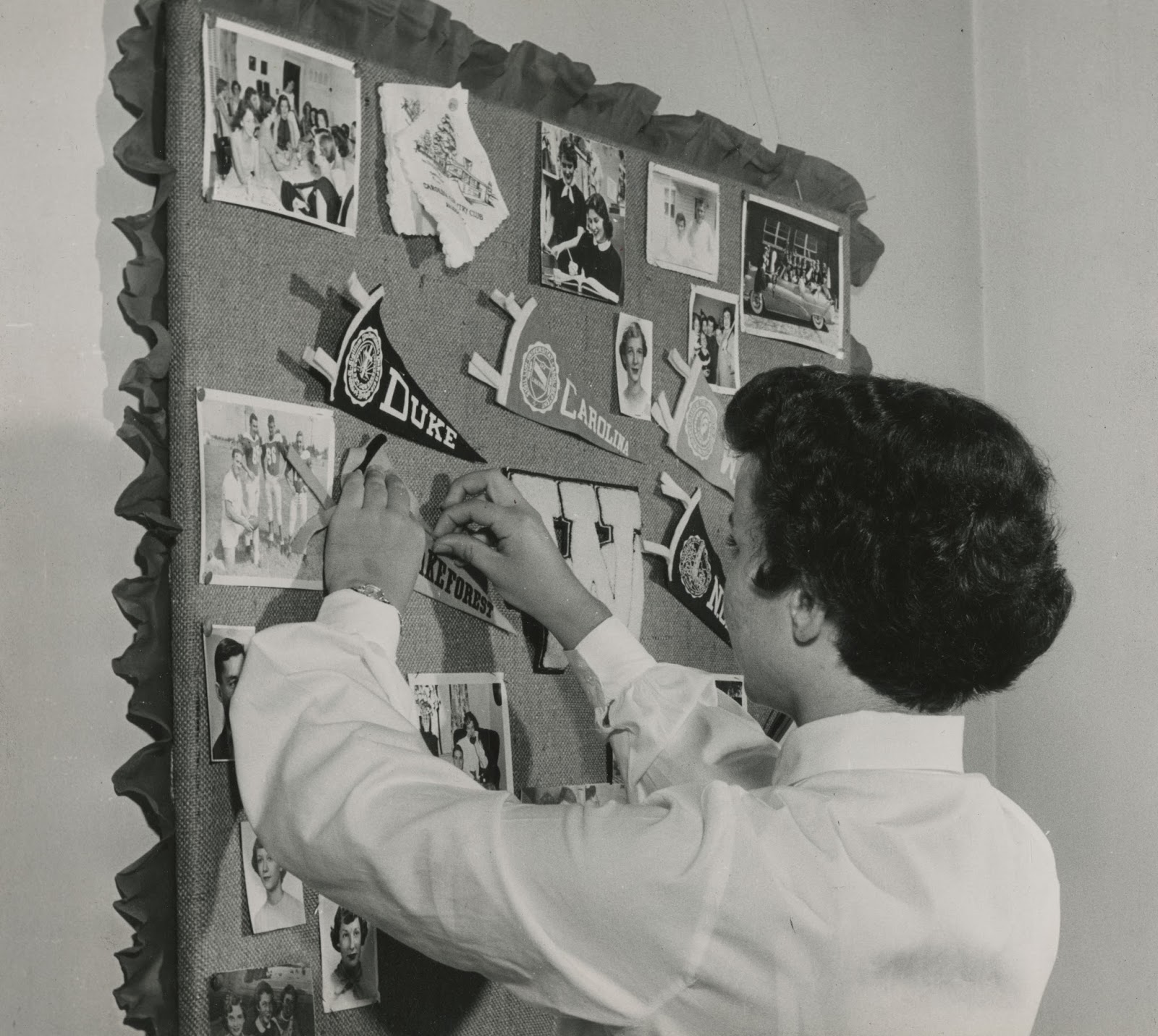 UNCG has a long and rich history of class pennants. Students used large pennants, sporting their class graduation year and decorated with their class colors, to represent themselves at gatherings and sporting events. Smaller versions, using school colors and the current school name, decorated dormitories and can still be purchased in the campus bookstore. The Martha Blakeney Hodges Special Collections and University Archives has a large collection of banners and pennants, the earliest created during the turn of the 19th century. Please browse the banners and pennants in the University Archive’s textile collection.

Email ThisBlogThis!Share to TwitterShare to FacebookShare to Pinterest
Labels: banners, class reunions, pennants, The University of North Carolina at Greensboro