A short history of the Printing Press at Jackson Library 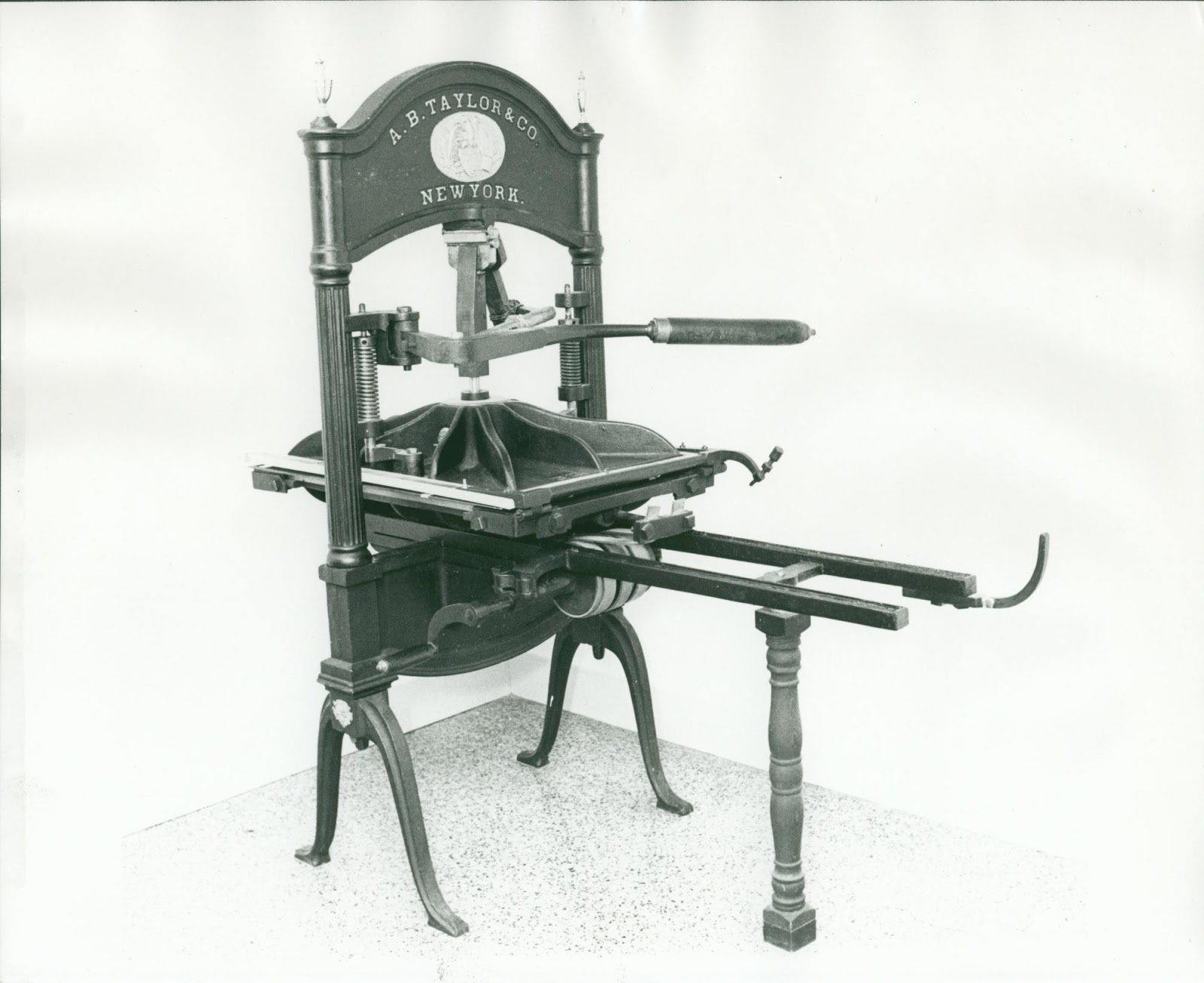 If you have ever ventured to the second floor of Jackson Library’s main building, you might have noticed an antique printing press sitting in the corner near the stairs.  The press is a A.B. Taylor Company Printing Press No. 2 and was built between 1854-1855. This history of how the library acquired such a unique historical artifact began in March 1960 when Mrs. Martha Hodges, wife of NC Governor Luther H. Hodges and head of the Friends of the Library at Woman’s College (now known as UNCG) received a letter from E.A. Resech, editor of The Chatham News. Resech, who is the executor and trustee of the late Miss Beatrice Cobb, wanted to offer the printing press as a gift to the Woman’s College.  Mrs. Hodges forwarded the letter to library director, Mr. Charles Adams, who eagerly accepted the printing press on behalf of the library.


Prior to arriving at the library, the printing press resided in Lenoir, North Carolina, where it was used to publish the Lenoir Tropic newspaper in the 1880s.  According to legend, the press was purchased from Greeneville, Tennessee where it was believed former 17th president Andrew Johnson used it as part of a printing business. In 1890, the press was purchased by Mr. W.C. Ervin, the father of Miss Cobb and the founder of the Morganton Herald, and moved to West Virginia.


Unfortunately, when the press arrived at Jackson Library, it was not in working condition and was missing several important pieces, including a toggle joint, a tympan, and a friket. In a desperate desire to have a working printing press, Adams and assistant library director Stan Hicks began a decade-long search for the missing pieces.  After numerous letters and years of unsuccessful searching, Hicks finally had a breakthrough in 1975 when he discovered another No. 2 Taylor press in Mechanicsburg, Pennsylvania.  After photographing and making sketches of the press, machinists in Greensboro were able to reproduce the missing toggle joint and craft the other missing pieces.  In May 1975, the printing press was once again in full working order.