On March 25, 1936, North Carolina Republican Chairman William C. Meekins expressed his disappointment that Woman's College's dean of the department of education Dr. John H. Cook would not accept the party's nomination as candidate for the state superintendent of public instruction. Cook declared that while he was "tremendously interested in public education and [he] expect[ed] to continue to work for its advancement along soundly progressive lines," he felt that his calling was to be a professional, not a political, leader in the fight for public education improvements in North Carolina. Cook had been a staunch advocate for public education and educators in North Carolina since arriving in Greensboro in 1918, and he would continue that fight until his unexpected death from a heart attack in 1941. 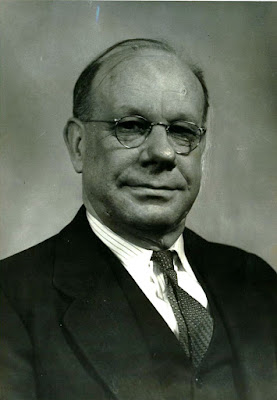 Cook began his work at the State Normal and Industrial College (later Woman's College, now UNCG) when he was hired as head of the department of education in 1918. After a campus-wide reorganization in 1922, his title was changed from "head" to "dean." In 1921, he worked to organize the campus Education Club, a professional and social organization for seniors doing their student teaching and education faculty. He also served as director of summer school, which primarily provided teacher training courses, for 15 years. During his time leading the department, Cook was a strong proponent in specialized training for teachers, with a practical internship component.

This emphasis on education as a unique discipline often led to conflict with the college administration. In 1928, President Julius Foust (himself a former education professor) put forth a proposal to eliminate the education major for undergraduates and instead require students to acquire a major in the discipline in which they planned to teach (history degrees for history teachers, mathematics degree for math teachers, etc.). Cook disagreed vehemently, citing the college catalog's statement of the chief mission of the school being "the preparation of teachers." In an April 3, 1928, letter to Foust, Cook wrote, "how queer it would seem that students were forbidden to major along the line of the chief purpose of the college." Foust dropped the proposal and the education major remained.

In addition to Cook's contributions to the betterment of the department of education, he sought to better the welfare of public school teachers across the state of North Carolina. He was a prominent speaker at civic and education groups across the state. At a January 31, 1936, meeting of the Greensboro Civitan Club, Cook took the progressive stance in favor of allowing married women -- even married women with children -- to continue teaching. He declared, "let a woman go ahead and marry and have one or two children if she cares to; then she is all the better prepared to work with the children of others."

In particular, he was a staunch advocate for establishing tenure and a retirement system for the state's teachers. Cook argued publicly for "a permanency of tenure that would preclude the influence of politics and allow participation in the progressive life of the community without so much fear of public opinion." He also served as chairman of the Committee on Retirement Legislation of the North Carolina Education Association. In this role he worked with teachers and legislators to develop a retirement plan for state employees. This plan provided for matching contributions by the state and the individual.

In a brochure written by Cook for members of the North Carolina Education Association, he wrote that "insecurity for old age is a specter that has persistently haunted ninety-five per cent of our people from early middle age until life ends." He cited an "examining physician for a well known life insurance company" in writing about the importance of a life-long annuity in providing stability in retirement and freedom from "financial worry." He wrote "release an old man by means of an annuity from all this worry, and he throws off his years and walks erect, happy and fearlessly young."

Sadly, Cook did not live to see the implementation of the retirement system he'd fought so hard to develop -- a system that, while changed over the years, continues to benefit state employees today. On January 16, 1941, at the age of 59, Cook suffered a heart attack in his office in the Curry Building. He was carried to his nearby home, where he died shortly thereafter. Services were held at West Market Street Methodist Church, where Cook had served as a steward. The WC faculty wrote in a memorial tribute praising Cook's "friendliness, his tolerant attitude, his tendency to see the good in people, his sincerely tactful consideration for others, his sense of humor, his fearlessness in standing for his own convictions." They added that "we are enriched in that he lived among us and worked with us. Through his deeds his life continues to speak to us and motivate us."
Posted by Erin Lawrimore