Dr. Joseph Himes "It is the mind that sees"

Dr. Joseph Himes taught at UNCG from 1969-1977 as Excellence Foundation Professor in the Department of Sociology.

"It is the mind that sees." It was a personal motto that Dr. Joseph Himes carried with him and guided him throughout his life, from the time he lost his sight in a chemistry experiment in his early high school days. 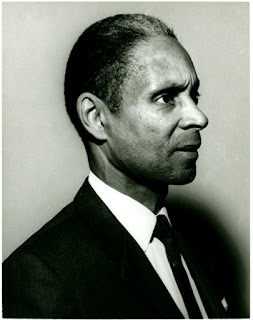 Himes' parents (his mother was a public school teacher and his father, a college teacher) were committed to his education even before the accident, home schooling him in his elementary school years. After he lost his sight, they increased their efforts even further, and moved a number of times to be nearer to schools that offered the very best education for the blind. With much effort, they enrolled him in the all-white Missouri School for the Blind, where he was able to attend only in a subordinate position. It was there he learned to read braille. Later, Himes' parents moved to Cleveland so that he could attend East High, which had an outstanding program for blind students. Himes' mother read his assignments to him, and he excelled to such an extent that he received one of 15 scholarships awarded nationally by the American Foundation for the Blind. He attended Oberlin College and excelled there as well, and was very involved in organizations, and extracurricular and social functions at the school. 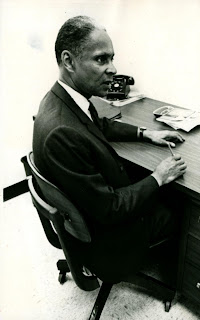 Himes next taught at Houston College for two years before attending Ohio State University where he completed his Ph.D. in sociology and economics in 1938. He worked as a research director, writer, and aircraft assembly worker (during WWII) from 1936-1946, but he made a name for himself as a Professor of Sociology at North Carolina Central University from 1946-1969. In 1969, he was offered a job at his alma mater, Ohio State University, but he chose to come to UNCG.

He would author six books in his lifetime, and well over 100 articles (the first published in 1936). He also served his discipline at the local, national, and international levels. He was the founder and first president of the North Carolina Sociological Society and he held, at times, visiting professorships at Duke, Chapel Hill, and Syracuse University, as well as serving as a Fullbright Lecturer at Helsinki University, Finland, and Madras University, India. Indeed, he was a worldwide traveler, having also served as Project Director and Chief Investigator on a NSF Grant-funded study of "the Recruitment and Socialization of Social Movement Leaders" in Rhodesia in 1976. Dr. Himes was also the recipient of many awards including the DuBois-Johnson-Frazier Award (from the American Sociological Association), the Irwin V. Sperry Award (N.C. Family Life Council), and the Martin Luther King, Jr. Service Award (UNCG). Dr. Himes' accomplishments would be considerable for anyone and are all the more impressive considering he was both blind and, being African-American, a minority.
Posted by Scott Hinshaw