While the school now known as UNCG offered some individual courses in nursing in its early years, it was not until 1942 that a recognized series of courses were offered to lead to a Bachelor of Nursing degree. Spurred by a shortage of nurses during WWII, the college provided 2½ years of liberal arts and science training, followed by another 2½ years in an approved hospital nursing school. The college did not offer the full four-year curriculum. Later, the program shifted to two years at the Woman's College and three at a hospital. 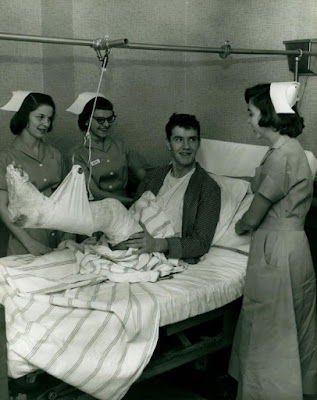 The program got off to a slow start, however, and was struggling in the early 1950s. In 1950, UNC Chapel Hill began offering the first full four-year baccalaureate nursing degree program in the state. Students no longer had to transfer to another school to complete a BSN degree. The program at WC, in turn, saw decreased enrollment as many students chose instead to attend the new program in Chapel Hill.

In February 1957, WC established the Department of Nursing Education to administer the associates degree program. This program required students to spend two years at the college, followed by three months at Moses Cone Hospital. A mandatory summer session focused on Psychiatric Nursing was also spent at the John Umstead Hospital in Butner, NC. Classes for the program were held in the basement of the Gove Infirmary and the students lived on campus.

The classes offered by the Department of Nursing Education included Fundamentals of Nursing, Maternal and Child Care Nursing, and Medical and Surgical Nursing. Additionally, students were required to take specific English, Psychology, Chemistry, Biology, Sociology, and Home Economics classes. The course load over the two years was also included two half-credit Physical Education for Nursing courses. In total, the students took 63 course hours over their two years at WC.

194 Associate Degrees in Nursing were awarded from 1959 through 1967. The 1960s, however, saw the rise of the community college system in North Carolina, and UNCG shifted its focus away from two-year associates programs (in addition to the associates degree in nursing, the college also offered a two-year commercial/business degree option). In 1967, the Department of Nursing Education its associate degree program were phased out when a full baccalaureate nursing school opened at UNCG.
Posted by Erin Lawrimore