A Doughnut for All Ages

Hidden deep within W.C. Jackson Library, secreted away from the public thoroughfares, there is The Doughnut. It is a thirty-three year old doughnut. Miraculously, The Doughnut has resisted corruption for over three decades. Each year, between fifty to seventy-five people pilgrimage to view this venerable confection, and such visits are considered an initiatory ritual for all library employees. Although it is spoken of in tones of pride and respect presently, the prominent pastry’s “birth” is of humble origin.

The hors d'oeuvre tray at a library staff orientation in November of 1980 concluded in a common scenario. Whether owing to caution against a breach of etiquette or fearing the appearance of gluttony, a single doughnut remained untouched and alone on the tray. Additionally, as is another common situation in such informal social occasions, no one claimed responsibility for cleaning away the food after the party. This lone survivor of the carbohydrate laden feeding frenzy, a Dunkin’ Donut cake doughnut, remained forgotten on its platter.

Several days later, opportunity arose for The Doughnut to establish itself as a working member of the UNCG community. The employees to the library bindery (now Preservation Services) procured an old stereo from which they hoped to listen to the university radio station. Tragically, no amount of modification to the antennae improved the reception. After everything from framing wire to metal binders was added to make the signal listenable with no improvement, all eyes fell upon The Doughnut. It was added to one of the binder clips on the improvised antennae, and the “college radio station came in loud and clear.” The radio was replaced over the following months, but The Doughnut remained suspended from the binder clip for the next five years. Over the years, it is reported that many people would notice the doughnut, but no one ever inquired as to why it was hanging in the library. 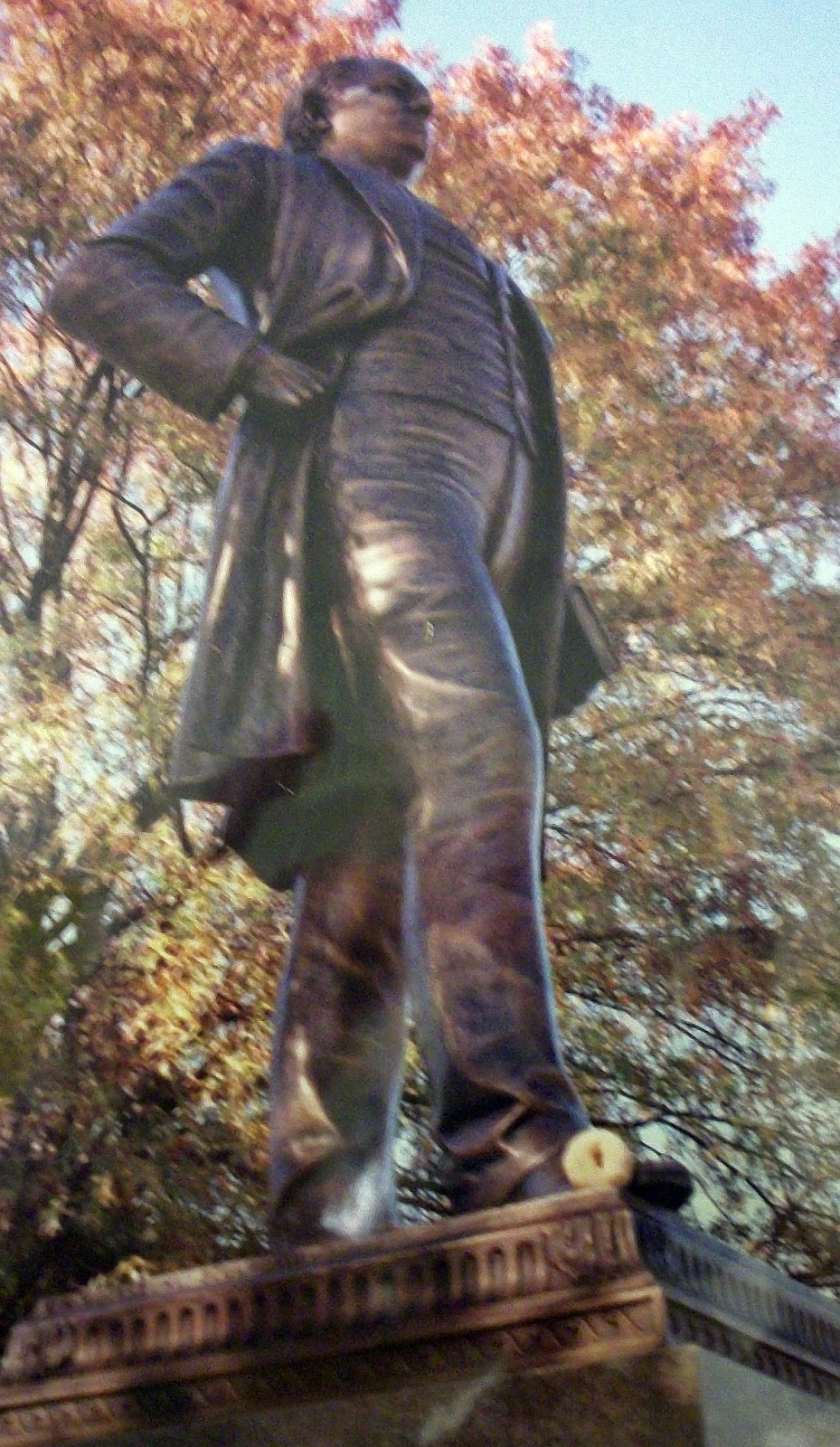 After five years, an accidental collision with a student freed The Doughnut, and to the amazement of everyone, it “clincked to the floor like a piece of stoneware.” One small fragment was chipped from its ossified body, but it remained intact otherwise. By this time, The Doughnut had shrunk to about ten percent its original size. In honor of its years of service and impressive fortitude, The Doughnut remained in the library, both as an esteemed artifact and as a valued colleague.

Initially, The Doughnut was honored on the five year anniversary of its arrival to UNCG, much like any other UNCG employee. The Jackson Library Staff Association held the First Annual Doughnut Festival in 1985, in which celebrants were encouraged to adapt song titles, movie title, opening lines of books, and compose poetry to exalt what was becoming a workplace icon. Notable entries in the song category included “Don’t Come Home Drinkin’ with Doughnuts on Your Mind” and “You Ain’t Woman Enough to Take My Doughnut.”


This November will be the thirty-fourth anniversary of the Doughnut arriving at UNCG, ranking its years on campus among many employees looking towards their retirement. Rest assured, there are no rumors circulating of The Doughnut’s retirement. Although not formally accessioned into the university’s archives, The Doughnut remains a permanent figure in Jackson Library lore.
Posted by Stacey Krim